Protect Your Property with Mole Removal in Toronto

To spot a mole, you’ll notice the common tell-tale signs of their appearance. Moles have velvety blue-black to grey mohair-like fur, a slender snout, needle-like teeth, with flattened feet, claws and inconspicuous ears. They can grow from 6′-12″ long depending on the species. Moles are not rodents, but belong to a group of mammals called insectivores. Moles have a very high metabolic rate and, therefore, have to consume large amounts of food.

How to Spot a Mole on Your Home or Business Property
Moles may be distinguished from meadow voles, gophers, and shrews by their naked, pointed nose that extends well in front of the mouth. Moles have small eyes and ears that are concealed by fur. Their spade-like fore feet are wider than they are long. Discharged and mounded soil and heaved runways are indicators of the mole’s presence. If you notice these signs on your Toronto property, it may be time to call us for effective mole removal.

Eastern moles can be found from the Atlantic Provinces to the foothills of the Rockies, and from Southern Canada to the panhandle of Florida. All moles can be damaging, but the Eastern mole is by far the most widespread. It is better described as the common or grey mole. This mole is the strongest of the group and is most often associated with tunnels and/or mole mounds found by residential homeowners.

Moles are active day and night throughout the year, but they are most visible during the spring and fall on damp days or following rain-showers when they push up more tunnels and mounds. When the ground surface becomes frozen in the winter, or very dry during the summer, moles use only the deeper burrows.

They mate during February and March, with a single litter of three to five young born later in the spring following a 6 week gestation period.

Since moles don’t hibernate (they store neither food nor fat), final dispersal can result in severe lawn damage until the lawn surface freezes in winter. Newborn female moles will mate the following spring and the cycle begins anew.

If you are looking for mole removal in Toronto, Mississauga, Markham, Oakville or anywhere in the GTA, ICE Pest has your solution. Contact us today for a free quote! 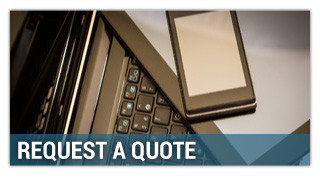